Jeff Dominic Price is the following:
Sexual predator, inmate rapist, unethical attorney, CON ARTIST, SCAMMER, malignant narcissistic sociopath.
I'm now ready to share my truth, as it is long overdue.
It took me this long to post my story of my awful experience and traumas caused by Jeff Price aka Jeff Dominic price, because it took me this many years Approximately 21 years, as of today) to be able to face all of the harm and damages Jeff Price did to me when he began preying on me all those years ago and then literally stole my child from me and caused me other damages that have lasted a lifetime and which continue to last.
Ironically, it is that child and her being a chip off the old block (Her inherited narcissism and disgusting ability not to care about a mother who used to love and want her so very much (But, admittedly and rightly so, no more) that has enabled me to now freely & unapologetically post this long overdue story.
Now that that child, via her emptiness and lack of conscience has truly set me free, I can share my truth...

So why did I file an official complaint on him with the bar?
I did.
However, I believe that, at that time, all those years ago, I was extremely naive to the complaint process and erred with a technicality. The complaint was sent back. I mistakenly thought that that was it. I was wrong, however I did not realize that, either, at the time.
Furthermore, when he was informed of the complaint, he threatened Yes, threatened) me.
For the sake of our daughter, I left it alone. But then, it was not until this year of 2021, after years of mistaken guilt, depression, searching, seeking, finally coming into contact with her, again, that I discovered that she, too, after about 18 years of knowing nothing but narcissistic sociopaths for a father & grandmother, that she, too, is an undeniable, judgmental, narcissist.
And, on a positive note Yet sad note at the same time), I have worked so hard and have come to learn so much about myself & my self-worth and self-respect & dignity, that I, I myself refuse to have anything to do with her Just as I had dumped Jeff Price on the ever of my release date in prison, all those years ago).
I neither deserve nor am willing to ever allow any toxic, broken individual into my life.
I tried.
But thanks to hard-won life lessons, the instant that i saw her games and cruel intentions, I saw that she is irreparably broken. And beyond my capacity. And no longer my responsibility. And no longer a burden or source of guilt to me.
Call Jeff Price the "winner." but how can one be a "winner, " when all he really got is someone as defective, without capacity for proper discernment? And someone who only loves him because she never had a choice, as he was the only one she had? To pose this as a rhetorical question:
Had she had the chance to know me as her mother & had she known what he really was all along, would she love or admire him...?
Thus, would he have "won" her, a so-called prize of narcissism?
Is a "win" by absolute default really a win?
I'm confident we all know the answers, which are a resounding no).
I deserve far better. Better than a defective daughter and anyone else just as toxic & problematic. I always did, only now I realize that...

I wish to make the following clear:
This is an long, involved story. And there is so very, very much more harm & damages that Jeff Price has done to me. Thus, this post is just a summary of all that he has done.

Legal Disclaimer 1:
Jeff Dominic Price has not changed.
Sociopaths never do, except to become worse.
He loves to sue people, aside from his career as a litigation attorney.
It gets him the attention, validation, cash he craves.
He loves money (Although he is incredibly stingy & stingy), but he loves attention far more.
Therefore:
This expose post is, as the saying goes, "only my opinions."

(Disclaimer 2:
Please forgive any grammatical errors and other typos.
Such were not mine, though, as for some reason this site automatically created smaller case letters and other errors where there should not have been any). 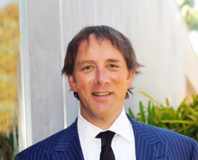 Lance Pereira
The terrible supposed to be dad